Windermere Golf & Country Club is a relaxing destination where people of all ages can come together to experience the great Muskoka outdoors. Proudly Member-owned, Windermere is managed by a Member elected Board of Directors and operated by a team of talented professional staff.

This is where the future will always hold history’s hand. 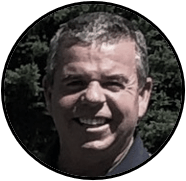 Jim Rennie
PGA of Canada
Director of Golf
Jim brings to Windermere a lifelong experience in the golf industry. Having grown up on the 18th hole at South Muskoka in Bracebridge, Jim began playing the game at the age of 5 and at the age of 12 started working at the course collecting range balls every day during the summer months. As a teenager he spent his time working in the Pro Shop, playing as much golf as he could and under the tutelage of Ron Webb, the long time Head Professional at South Muskoka, Jim decided at the age of 19, to gain his Professional status and begin his career in golf.

After 9 years at South Muskoka, learning every aspect of the golf industry, Jim moved to the Collingwood area in 1993, where he worked as an Associate Professional at The Mad River Golf Club for 7 years. In 2000, he received his first opportunity to become the Head Golf Professional at Cranberry Golf Resort, and after 3 seasons, he was offered the Head Professional position at The Batteaux Creek Golf Club where he remained for 9 years.

In the fall of 2012, Jim decided to move back to his roots and accepted the position of General Manager/Head Golf Professional at North Granite Ridge, where he worked for 2 seasons, before becoming the the Teaching Professional at Muskoka Highlands, and then accepting the position at Windermere Golf and Country Club in 2017.

Jim is a graduate of Georgian College where he received a Marketing/Advertising Diploma and was a member of the golf team. He has had an accomplished playing career winning multiple events as both an amateur and Professional, Jim has a strong passion for playing and teaching the game of golf to all levels of golfer as a 32 year member of the PGA of Canada. 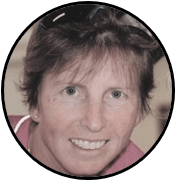 Patti Henderson
Head Tennis Professional
Patti is returning for her 7th summer as the Head Tennis Professional. Patti’s coaching credentials include: Tennis coach at The Toronto Cricket Curling & Skating Club since 2011, Canadian Junior National Coach, Big Ten Conference, Metro Conference and Midwest Regional Coach of the Year. She was also in an advisory capacity to the Midwest Tennis Association for their junior development programs. Patti is a USTA High Performance Coach and a CAC Level IV Coach. Outside of tennis her interests are varied and include: biking, hiking, skiing, sailing, meditation, reading and music.